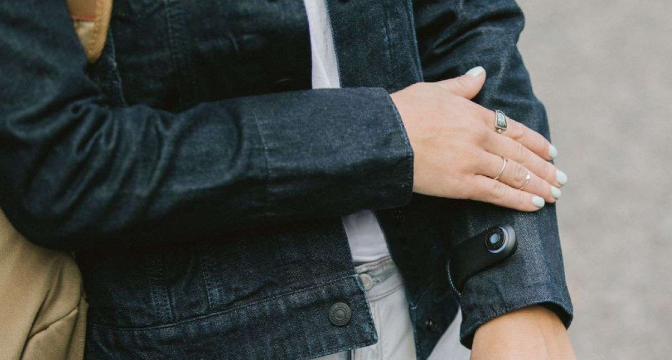 Starting on October 3rd, it will be possible to purchase one of two models of connected jackets designed by Levi’s. At the heart of this innovation, the new version of the Jacquard chip that allows you to control your smartphone with gestures made on one of the sleeves.

It is not one but two jackets connected that Levi’s launched from October, and France is one of four European countries that will discover this garment of the future.

The novelty is the evolution of the Google Jacquard chip.

4Placed at the wrist, in a very discreet way since it is less bulky, it allows controlling his phone by gestures.

This device connects to Bluetooth, and the wearer of the jacket can trigger actions according to his actions.

It is very gadget, and it necessarily reminds some heroes of anticipation movies,

but we can take a call or control the sound of music with gestures of the arm.

The sensor can also vibrate upon receipt of a notification, and if you put your headphones, you can have the weather, reading SMS or GPS guidance if you are cycling or walking.

And if you leave from home without your smartphone, the jacket warns you that you have forgotten …

Side maintenance, Google recalls that must remove the device before washing the jacket, and the manufacturer also specifies that the rain can disrupt the operation.

Finally, remains the question of the selfie.

The jacket seems to allow taking pictures, but one wonders where is the interest since the smartphone is supposed to be in a pocket or a backpack.

Unless the user has connected glasses …

and iPhone How to make exceptions for the Do Not Disturb

OnePlus 8: first leaks on its new design and features