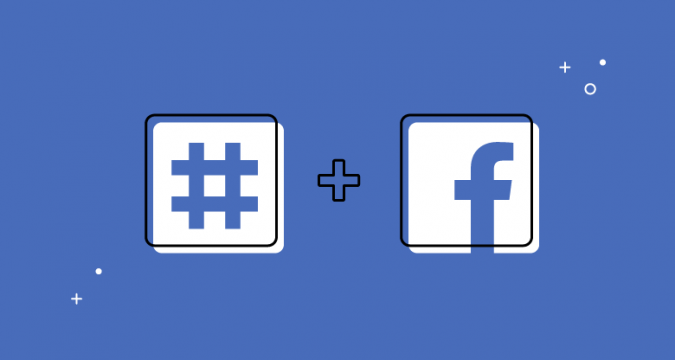 Facebook Hashtags How It Works How To Use It Right all you need to know about this great sign.

That stupid idea began in 2007, when Chris tweeted this:

Today, that pound sign/hash symbol 1 used before a word, better known as the hashtag, is everywhere. You can see it in TV ads, hip-hop videos, bars, and billboards. Politicians use it to try and get people to #vote and Lil Wayne uses it to get more followers on his weird Gucci-inspired Twitter alias #liltunechi.

Every day, more and more apps introduce support for the hashtag, trying to emulate the giants who are already on board: Google+, Pinterest, Tumblr, Instagram, Path, Twitter.

Seeing the obvious trend (with a delay I might add) and not wanting to be seen as the odd one out, Facebook took to its Newsroom and announced hashtag support 1 for its users.

The idea, as they present it, is simple: “help people more easily discover what others are saying about a specific topic and participate in public conversations.”

So Facebook Hashtags are basically tags used to categorize conversations between users. Facebook also graciously offered these 3 useful tips for the hashtag:

It would seem then that this update comes from the Menlo Park-based firm’s plan to engage users in more conversations. Now, as ever, that’s not the full story. Facebook has two potentially giant benefits from introducing the # API. They are SEO and monetization.

and APPLE WILL PREPARE A FOLDABLE SCREEN IPHONE

They care about #traffic

From an SEO standpoint, there’s a lot to gain. Imagine how much traffic Facebook could be getting from Google, via all those nifty #-tagged words.

Take the word “#Facebook”, which according to Google’s Keyword Tool 1 receives 3,760,000,000 hits which are [Exact] matches. Imagine how frustrating it is for Zuckerberg to see this link 2 as the top result for that keyword.

Now, multiply that with all the giant brand names out there who are promoting themselves offline (TV, radio, banners) via hashtags, and you’ll get the picture. There’s a world’s worth of an army out there Googling various hashtags.

They also care about #cash

After traffic, there’s big monetization potential, which Facebook is keenly aware of:

“The recent “Red Wedding” episode of Game of Thrones, received over 1.5 million mentions on Facebook, representing a significant portion of the 5.2 million people who watched the show. And this year’s Oscars buzz reached an all-time high on Facebook with over 66.5 million interactions, including likes, comments, and posts. To date, there has not been a simple way to see the larger view of what’s happening or what people are talking about.”

Knowing that Facebook is deviating from its original goal of connecting people and joining the ranks of the increasingly money-hungry Internet giants, it’s easy to imagine how they’d sell trending hashtags or create some sort of a paid advertising. In fact, they’re already pushing advertisers to use them.

Why should you #care?

Say you have a Facebook Page promoting your local business. Theoretically, the more pound signs you use when #talkingaboutwhoeverknowswhat, the more eyeballs you’d potentially get, thanks to people clicking and searching that hashtag.

Obviously, you’d want to use only relevant, trending ones. This process would eventually lead to more ‘real pounds’ in your company’s bank account, due to increased visibility; theoretically, at least.

In practice, the actual Facebook Hashtags search results order will probably be decided by a number of factors, including ‘virality’, fan base, brand, posts reach, etc.

It’s hard to imagine the little guy leveraging the new hashtag for more business in the long term. But I would imagine, at least now, when the idea is pretty new, that some lucky unethical bastards might use Facebook Hashtags to piggyback important events and drive traffic to their pages.

This begs the question: Will Facebook manage to keep their hashtag search results relevant and spam-free? The answer will decide whether its users will use it on a big scale or just as a waltz step between various social media platforms.

You should #care about using it right!

In the end, you shouldn’t really mind Facebook’s #hiddenagenda. If you’re a decent user, you only need to #care about a few rules when using Chris Messina’s invention:

As stated before, piggybacking on trending hashtags just for traffic’s sake is a no-no. You’ll eventually ruin your reputation, receive bad comments, and might even be sent to Internet jail in a “do not pass GO, do not collect $100 dollars” manner. So use hashtags only when relevant to your post.

Less is more. If you want to start a cool hashtag for people to use, go for one or two words or an abbreviation. Say you want to promote your favorite cartoon character, Ren and Stimpy’s Powdered Toast Man.

You might not want to go for #PowderedToastManRenStimpy. A way better option would be something like #PTMChar.

A lot of folks simply skip searching existing tags before coming up with their own hashtags. As such, they just write the hashtag they expect others to be using. You want those people to also be part of your conversation.

Keeping your hashtags based on your brand, product, or show’s name is usually your best bet. Also, check to see that the hashtags won’t end up hurting your PR efforts #susanalbumparty-style than helping.

Using too many hashtags in a single update or comment might leave you wondering why nobody loves you. That’s because you’ll be seen as a spammer.

There’s no reason to think that Facebook works differently.

When first posting a tag for a conversation, it’s good practice to define it. Let people know what the hashtag is about. Describe it in simple words. You can also define it here 6 if you want to be thorough.

Hashtags are a great invention. We should be happy that Chris Messina came up with this insanely awesome and “stupid” idea. Facebook might be late in jumping in on the train, and they might be doing it for the wrong reasons, but that shouldn’t keep you from caring about your image and using hashtags correctly. (Source: Hongkiat)

may interest you Electronic cigarette: the strange disease that strikes the United States