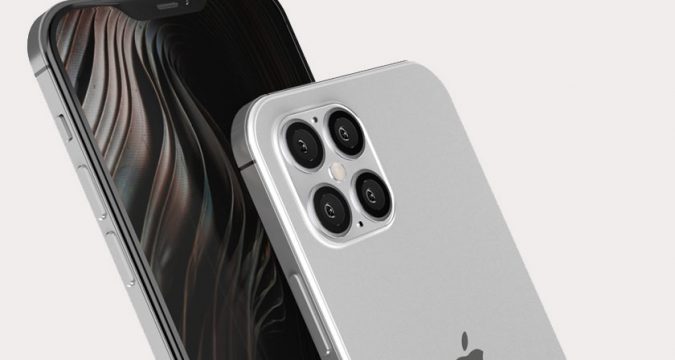 The iPhone 12 should this year be declined in three models, which should be launched during the month of September, probably at prices very close to those of the iPhone 11. Release date, price, technical sheet, here is all that we know at this stage of the next iPhone.

iPhone 11, Pro and Pro Max had at first made us the effect of a disappointment: Apple has not been able to make us dream with new technologies ahead of the market. iPhone 12

The iPhone 11 generation was that of a technological catch-up on an Android competition that is clearly muscular. The iPhone 11 seemed destined to be first in the class in as many categories as possible (screen, photo, autonomy, biometrics, software support, etc.).

And from that point of view, it was rather a success.

The generation of the iPhone 12 must now transform the essay – and it is hoped that it will popularize new technologies like 5G.

In this file, we have gathered the latest news and rumors available around this smartphone.

When will the iPhone 12 be released?

Apple launches new iPhones every year at an event held in September.

It is therefore likely that the iPhone 12 will be launched in September 2020, perhaps at the end of the first or second week of the month.

They will be on the market ten days later.

What price will the iPhone 12 cost?

So you can expect Apple to offer the iPhone 12 trio at the same price, pretty much, the last two generations of iPhone.

With perhaps, the icing on the cake, a slight drop in price on the cheapest model.

may interest you Apple AirPod Pro: Not surprisingly, it’s disposable

The Artificial intelligence invites itself into your toilets

What will be the technical sheet of the iPhone 12?

Some rumors are starting to accumulate around the technical sheet of the future iPhone of 2020.

One thing is certain: it will have like every new generation a new homemade SoC.

Significantly improved photosensors are also expected and the company will continue to make progress in terms of battery capacity and autonomy.

We are starting to know some details about the SoC A14 that these iPhones should embark on.

Apple entrusted the manufacture to the founder TSMC.

These chips will be the first on a consumer product to be engraved in 5 nm using the FinFET EUV (TSMC) process.

For the moment we don’t know much more about these SoCs, except for the projections of a journalist Jason Cross who calculated that they could have 15 billion transistors against 8.5 billion transistors on the previous generation, and a Geekbench score close to that of entry-level MacBook Pro (if such a thing exists).

Apple is expected to improve its photosensors again this year.

But precise information is still lacking at this stage.

The latest rumors speak of significant progress in terms of detecting depth of field – an essential feature, for example, in Portrait modes as well as for generating precise blurring around a subject, the famous Bokeh effect.

The smartphone could, therefore, carry on its back a 3D laser sensor, or another type of component capable of establishing an accurate depth of field map.

In addition, whatever its sensors and optics, the smartphone should benefit from better image processing thanks to its new SoC that one expects to be muscular. He could take more photos at once when the shot is taken, and use this increased number of shots to generate brighter or detailed photos depending on the situation. From this point of view, the processing of the image in real-time could also benefit the taking of videos, with effects and image reprocessing of quality on the fly.

We saw it with the iPhone 11 Pro Max:

Apple has made significant progress in terms of autonomy.

And it is likely that the manufacturer will once again focus its efforts on this point.

Especially since its SoC A14 is engraved in 5 nm and potentially has many more transistors than the previous generation – probably a sign of improved energy management which will therefore also translate into increased autonomy.

A persistent noise evokes the abandonment of LCD technology on the three models of the iPhone 12.

The iPhone 11 (neither Pro nor Pro Max) indeed embed an IPS LCD screen, unlike other models.

It remains to be seen whether Apple will be able to offer the cheapest iPhone 12 with an OLED screen at the same price as the iPhone 12.

At least one of the iPhone 12 models should have a 120 Hz screen – instead of the 60 Hz refresh rate on current models.

Apple had been one of the first to introduce 120 Hz screens on its iPad Pro in 2015.

The firm has so far been reluctant to integrate such a screen in an iPhone, while many Android competitors have done so on smartphones oriented gaming. Knowing the power of Apple in mobile gaming, it would seem surprising that the firm does not end up taking the plunge.

Increased refresh rate means smoother movement and reduced response time, which can be an advantage in some games

Will iPhone 12 have Face ID or Touch ID?

This is, at the time of writing, the $ 1 billion question.

Apple has presented its Face ID facial recognition technology as the most practical and secure method to unlock its smartphone.

Even more than the Touch ID fingerprint sensor.

There are rumors of two possibilities.

In the first scenario, Face ID would be completely replaced by a fingerprint reader under the screen.

But other rumors point to a much smaller Face ID device, which could fit in a redesigned notch, be hidden under the border, or even go entirely under the screen. It is not impossible, moreover, that Apple has chosen two approaches: one for the cheapest iPhone 12, and the other for the iPhone 12 Pro and Pro Max.

Will iPhone 12 be 5G compatible?

Apple missed the 5G mark in 2019 – and was probably right to do so, given that the technology is only available at this point in a few countries and coverage areas.

It is nevertheless likely that the firm offers 5G connectivity on at least one or even two of the three models.

In fact, we have even read several reports that anticipate 5G compatibility on the three variants of the iPhone 12.

According to the latest information available, Apple would use the Snapdragon X55 modem to access these networks.

What does the design of the iPhone 12 look like?

We can, therefore, expect that the fundamentals introduced on generation 11 will remain the same.

The back of more expensive cameras should be covered with frosted glass.

except for the logo (glossy glass) and the finish of the photosensor, which is also glossy.

The chassis of these devices should again this year be made of stainless steel.

There would be a new very attractive blue-purple color.

Some imagine a flat chassis like the latest iPad Pro, but again, such a radical change seems unlikely since the iPhone 11 had already changed its design.

Finally, the only thing that should visually differentiate the smartphone from the previous generation will be new colors and the possible disappearance of the notch which remains to be confirmed.

and AirPods Pro, Apple Officially confirms. Exclusive all the details

password, how to create a strong and secure one?